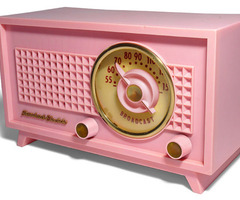 At various times in my life, I’ve taken on different songs as themes. Little anthems that seem so plugged into how I felt that I could almost have written them myself, had I the musical skill/ genius/ time/ ability to stay out of the bar long enough/ ability to withstand solitude/ I could make a million excuses/ ability to stop making excuses…

Theme songs find us in two distinct ways. Or at least that is how it has always been for me. The first way is the best way. A perfect song, discovered in the perfect place, at the perfect time. A lightning bolt. An explosion of your spirit.

The second, more common method is to rediscover an old song when you are ready for it. Sometimes the rediscovery is a happy accident. Other times it is a deliberate seeking out. It’s all good. The mystical romantic falls in love again and it’s all Stevie Nicks Rooms On Fire. The jilted heart wants to break over and over again and so it loops all six minutes and forty-seven bitter seconds of Elvis Costello’s I Want You.

I’m always thinking about music and I’m always over-sharing. Because of this, most of my themes find their way onto the blog or the radio show. But I would love to know what other people’s themes are. Other people do this, surely?

When I was growing up, my Mum would amend the lyrics to Paul Kelly songs to match them up with her circumstances. It was funny and cute. But also sad and beautiful. In ‘To Her Door’, the number of children in the song’s soon to be broken home was multiplied thus:

At the moment, I’m fixated on a Joni Mitchell song. It’s not the first one of hers that I have found myself drawn to, even though it took me many, many years to get over my initial uncertainty about whether or not I even liked her. Certainly ‘A Case Of You’ and ‘Both Sides Now’ have been up there as themes. But at the moment, I’m on vacation and I’m all romantic and wild-eyed and so I’m here:

Joni Mitchell – You Turn Me On, I’m A Radio

Filed under THOUGHT OF THE DAY

Tagged as Elvis Costello, I Want You, Joni Mitchell, memoir, music, Paul Kelly, Rooms On Fire, song themes, Stevie Nicks, To Her Door, You Turn Me On I'm A Radio

Unpacking The Pines #4: No Rest For The Highly Caffeinated

If you heard tonight’s show on FBi, you were truly blessed. Not because you got to listen to this scattered, over-caffeinated broadcaster as she fumbled her way through two hours of haphazard radio… but because you would have heard the sweet sounds of Chicago folk singer Joe Pug as he leaned gently into the mic and delivered flawless live versions of his songs ‘How Good You Are’ and ‘In The Meantime’.

Pug’s debut album Messenger is up there with the best folk releases of 2010. He writes beautiful, aching songs that make him sound older and wiser on record than his baby face suggests. Stepping outside the songs, in studio he came across as young, humble and a little bit uncertain, all very endearing traits that inevitable success and years of touring will probably wash away. I am sure we’ll all hear a lot more of this troubadour in years to come, just as I am sure that as his star rises and his confidence blossoms, we’ll remember how fresh and sweet he was back on In The Pines.

Joe Pug is playing two shows in Sydney this week. The first is Wednesday November 17 at Red Rattler in Marrickville. The second is Thursday November 18 Raval in the CBD. Go along, check him out, thank me later.

Now, just in time for the Annual Load Up On Credit Purchases In The Name Of Baby Jesus Season, we also have the Load Up On Festival Tickets In The Name Of Having A Fucking Awesome Summer Season to contend with. Tickets for Sydney Festival shows went on sale this week, and punters went nuts accordingly. Tonight I played Sufjan Stevens, who is playing two sold out (already, crazy, huh?) shows at the Sydney Opera House on January 27 and January 28. His latest release The Age Of Adz has divided fans. It’s a much bleaker affair than Illinois and uses heavy orchestration and glitchy tech-head production that you will either love or hate. Me? Well, ‘I Walked’ is my latest walking song, so I guess I’m with the yeasayers.

At some point in every Pines I try to address the requests of the show’s dedicated listeners, who are kind enough to send in their requests. I love requests because they help distract me from the manic mayhem of my own programming and let others take over the airwaves one song at a time. But requests are not without challenges! The first challenge, is that the FBi library is only seven years old and has a very limited selection of classics. The second challenge, is that my laptop iTunes is currently nourished on a strict diet of country music released between 1965 and 1975, and albums made in the last two years. The third and most difficult challenge, well… my dedication to delivery is stronger than my ability to multitask. So tonight, against my better judgement and at the risk of breathless, frantic mic breaks and dubious links between tracks, I played Joni Mitchell’s ‘Coyote’, which I hastily downloaded while on-air from a *reputable* source and burnt to disc.

After playing the song, I revealed my rather dubious reason for liking Joni Mitchell: she dumped Graham Nash via fax. Faster than the speed of sound was the Facebook message from fellow broadcaster, Stuart Coupe.

And of course Stuart’s right and my poor beer sodden brain had filed away the story as though Joni time-travelled just to break Nash’s heart in the most futuristic way possible.

I need a disclaimer for this show sometimes – “FBi 94.5 would like to warn In The Pines listeners that while Emma Swift is a passionate broadcaster with a deep love of folk/anti-folk/americana & alt country, sometimes the poor dear has no idea what she’s talking about”.

So now that I’ve acknowledged my knowledge is sketchy at the best of times, I’ll add that I have it on reasonable authority (Google) that Nash’s ‘Better Days’ is about the break up. But I could be (read: probably am) hugely mistaken. It could be about an epic fight the CSNYer had with David Crosby one night about who had a better moustache.